This month has been so crazy busy, I wasn't able to complete a single book or see a single movie to blog about. Clearly, got to make more time for myself! :)
Posted by Kat's Kuriosities at 11:34 p.m. No comments:

I equate going to U2 much like a 14 year old goes to a Jonas Bros concert. I get giddy and excited, scream a lot and sing every word to every song. Seriously though, it was an amazing concert, the best one I've seen so far. Pop Mart and Elevation were awesome too, unfortunately I didn't get to see Vertigo.

Here are the pics!

The stage pre-concert is nothing compared to during. I didn't even know it was a rocket ship until someone hit the lights! 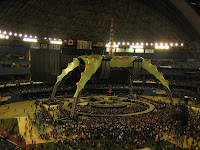 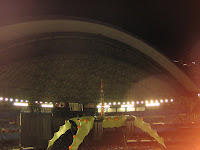 People, people everywhere, 60 thousand of them! 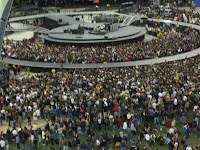 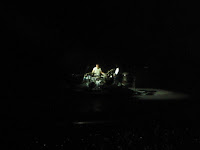 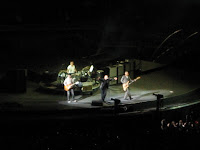 Now, it's a rocket ship! 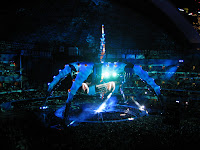 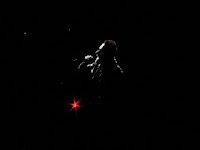 I could have sworn the CN Tower lights were in sync with the music. 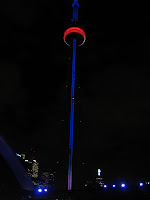 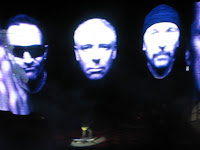 It was just amazing, and most people I know who went felt the same. It's definitely a bucket list item, go see U2 in concert if you get the chance!
Posted by Kat's Kuriosities at 11:59 p.m. No comments:

Yesterday was mostly relaxing.
Today was exhausting but fun.
Right Now I am tired.
Tomorrow I will be apprehensive.


I want some reassurance.
I wish life wasn't so complicated.
I hope my health continues.
I need an receptive outlet for my need to bestow affection.


It's strange that I get all my info from the computer.
It's awesome I live in a time and place where women are nearly fully emancipated.
It's scary that people have children for the wrong reasons.
It's stupid to waste time on useless emotions.


I love my home.
I like to get interesting mail.
I hate spam/spam bots.
I can't turn my brain off certain topics.
Posted by Kat's Kuriosities at 11:20 p.m. No comments: