Better than the movie. I really got into the students journal entries. Some of them were absolutely gut-wrenching. Gruwell's entries were preachy in tone, and a touch self righteous, which is how I felt about the depiction of Gruwell in the film. Good message and well written by the students who evidently learned a lot during the process. The end of the book contained a sneek preview of a memoir based on her first student teaching year at Wilson which was released the same time as the movie. A little too convenient, seemingly to capitalise on the envisioned sucess of the film. It's really great that all proceeds from the book are going to the non-profit organisation founded to re-create the Room 203 classroom environment.

I have always loved this guy! The book is based on his eponymous stage show about the 700 Sundays Crystal spent with his father before he died. He also talks about his family life and early years. I wish I had seen the show, as I'm sure it was hilarious. The writing is fast paced, witty and heartwarming. The book is short but even if it were longer, it would be a quick read. I was amazed to read about some of the people he met, even before he was famous. He is connected to the jazz world through the family business of Commodore records which in itself is incredible. I definitely feel I know a lot more about how one of my favourite actors and commedians came by his love for the art of acting.

Interesting but not that well made. Gratuitous ending was lame! About the biggest breach in FBI history, an agent who leaked information to the former USSR for over 20 years. Chris Cooper and Laura Linney are great, and Ryan Phillipe was better than expected. I was glad to see Dennis Haysbert (David Palmer on 24) but wish he had a bigger role. To be honest I thought it would be much much better. Worth a DVD rental, but a little slow in parts.

Pretty good! The Cinderella analogy became very tiresome after oh, about page three, but once you got used to skimming over the constant references to maidens, princes, toads, slippers and cottages, the point of the book comes through loud and clear. Everyone has something to work on to be able to put their best foot forward in a relationship. There's points to be taken, no matter what stage you're at, from falling in love with yourself, to casual dating, to fledging relationships to heading toward significant commitment. Della Casa is a touch aggressive in tone, but it is with good intention. She really seems bent on waking up the masses. At times it borders on condescending, but I find that is true with a lot of self-help books. Worth reading for reflection and for the funny quotes at the end from the men she interviewed during research.

Not so indie now that America Ferrera is a big star on Ugly Betty, but very watchable. The title is a bit strange because it suggests that thin women aren't real. The featurette talks about how the title is more a metaphor that real women curve off in different directions and don't always conform to what is suggested as acceptable in their time. I like that a lot. For me, the film is about acceptance for who you are whatever size. Very nice coming of age story set within Mexican-American culture. I saw a lot of similarities to Italian culture, especially when watching the over-bearing mother. I was really impressed with the acting and the simple yet powerful storytelling. The scene where they all take off their outerclothes is well done, but I couldn't help but notice that they had the biggest women wearing girdles. I'm curious as to if it is a neccesity for comfort or if it was an aesthetic choice by the director. The character Ana is very easy to identify with and the film is extremely strong because of this. Highly enjoyable.
Posted by Kat's Kuriosities at 11:31 p.m. No comments:

Went to see my cousin Rebecca play tonight with her group. It was nice to go out and do something cultural, and as a bonus my other cousin, her sister Sarah, played as well. It was the CCO with three singer songwriters (including Sarah), a few staples of the chamber orchestra rep and an original composition from one of the viola players. The string arrangement the conductor wrote to go along with the first of Sarah's songs was beautiful. Especially the chord progression in the upper strings towards the bridge. I suggested she should record that version and put it on her next album along with the original. Looking forward to the next concert in May!
Posted by Kat's Kuriosities at 11:30 p.m. No comments:

Picked up some kind of bug from the kiddies then passed it to Mike. I'm sure he thanks me for that one! :) Not pleasant and a bit scary at times, as Mike was running a pretty high fever on Monday night. We got through it and are feeling better. It was comforting to have someone else, to look out for and to be looked out for by them. Glad we're on the mend!
Posted by Kat's Kuriosities at 10:00 p.m. No comments:

Had a wonderful four day get-away holiday to Montreal and Ottawa with Mike.

Some of the highlights were:

Stayed at the Montreal Ritz-Carlton and ordered room service for the first time. 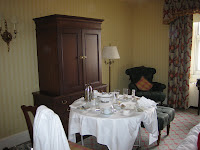 (No pics allowed of the exhibit)

Had drinks at the Fairmont Chateau Laurier. 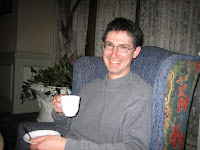 Saw some amazing exhibits at the National War Museum. 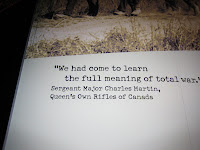 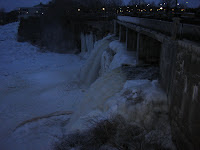 A trip to the the-ah-tah

Hey, I finally have an opportunity to put to use my thousands of dollars worth of theatre education in my blog! Cool!

Went to see the Soulpepper production of Bertolt Brecht's The Threepenny Opera tonight at the Young Centre for the Performing Arts. This is a new, permanent home for Soulpepper, and an amazing space.

When I read the production review in The Star, I learned that this was Soulpepper's first attempt at musical theatre (intriguing to say the least) and that they had drawn their cast from a variety of theatre disciplines, from street performers to musical theatre to apprentice actors. I really enjoyed Jennifer Villaverde's Lucy who was evidently opera trained.

The band was fantastic, with really talented multi-instrument musicians. Specifically the pianist and the woodwind specialist, who played everything from a piccolo to a tenor sax. Of course the best song was Mac the Knife, but I really enjoyed the all women trio and duet pieces as well.

Brecht has had such an impact on theatre of the 20th century that anything I could write here would sound like a simplification of theatre history. Suffice to say, the terms Brechtian and "epic theatre" describe performances where the audience remains emotionally distant, usually acheived by using alienation techniques. In his day, it was unheard of to break the fourth wall which he did by addressing the audience directly either by speech, song and placards. Soulpepper stripped the stage bare and used visceral props such as hunks of raw meat and cleavers to try and produce the allienation effect as many of the old methods do not work due to audiences' exposure to progressive theatre.

I went to see the production with my uncle, so got a great take on what it was like to watch for purely performance values and not be bogged down by preconceptions and years of professors lectures. Entertainment value was high and laughs were loud. Well worth the price of admission!
Posted by Kat's Kuriosities at 11:26 p.m. No comments:

Went for brown/red lowlights instead of shocking red ones...
Posted by Kat's Kuriosities at 7:30 p.m. No comments:

Very interesting! I was taken to a sound-proof room and hooked up to a microphone. She recorded my voice in a bunch of different ways from speaking to singing. I have two pages worth of daily excercises to reduce the scarring. I found the process fascinating, I do believe that deep inside me is a scientist/doctor waiting to get out if only I could jump start the grey cells neccesary to study all the information. She thinks that my voice will improve with the excercises and the arthritis medications. I really hope she is right and that I haven't done permanent dammage to my voice.
Posted by Kat's Kuriosities at 7:33 p.m. No comments: