I had a great time visiting Em in Winnipeg. We toured the city and then drove about an hour north to Lake Winnipeg.

Pictures tell the story, so here are some highlights.

Via Rail Station, Winnipeg. (I flew in, but I love train stations) 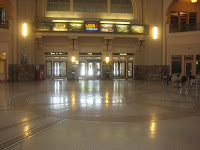 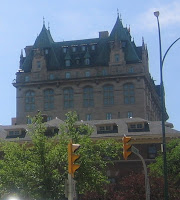 Inside, at the elevators 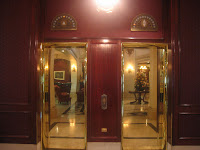 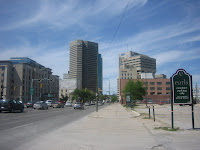 The windiest cross-streets in Canada! 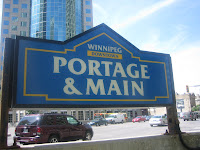 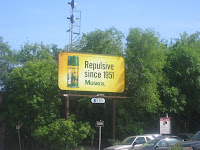 The Forks (where the Red and Assiniboine Rivers meet) 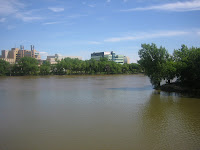 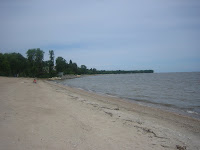 The Viking at Gimli and an explanation. So cool that the plaque is written in English, French and Icelandic! 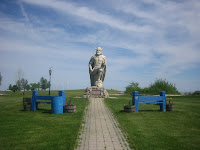 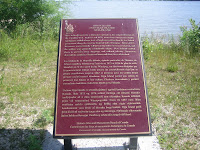 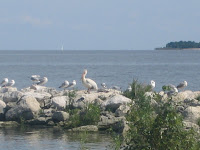 Winnipeg Beach, where the short lived show, Falcon Beach was shot. They just digitally changed the name and colour on the water tower. 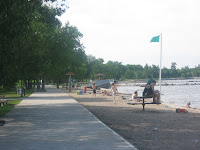 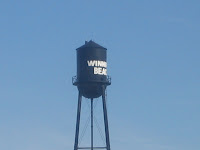 The Petersfield Mallard, built in 1905! Now I have to get the matching Wawa Goose shot... 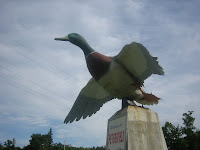 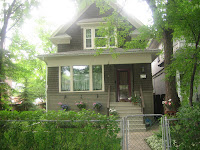 My first time to Winnipeg, and I can see why people from there really love it. Granted, I haven't been there in the winter, but I'm sure people are used to it!
Posted by Kat's Kuriosities at 11:54 p.m.